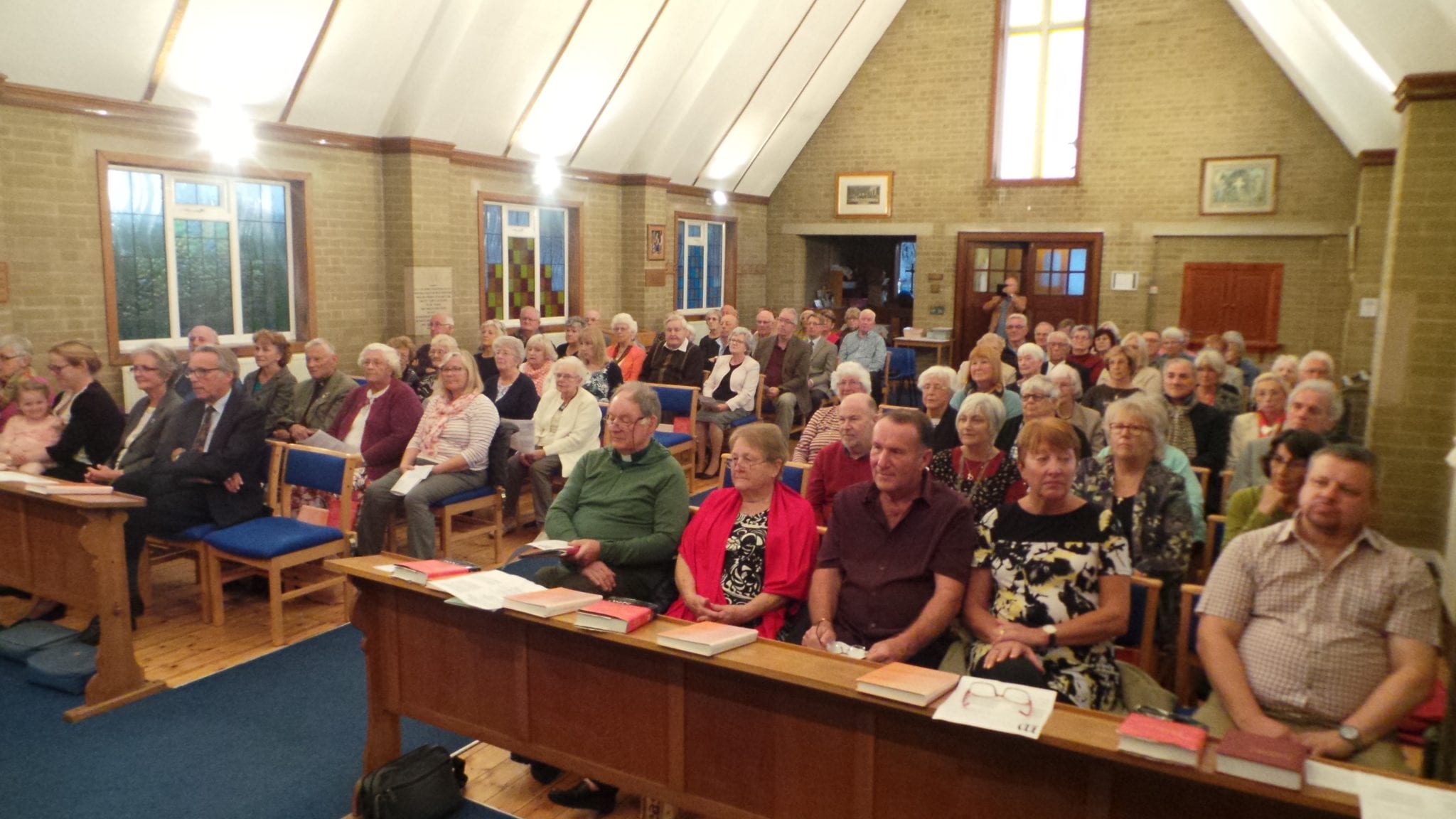 A full St Thomas Church was the setting for a very special service of SUNG EVENSONG which gave a large number of parishioners a chance to bid farewell to our splendid interim priest, The Revd Graham Colley and his wife, Jenny, as they prepare to leave Birchington and return to the town of Thames on the North Island of New Zealand, where Graham was the Vicar of St George’s Church prior to his retirement.

The choir sang a setting of the versicles, responses and canticles which had been specially written by Tim Attride, the organist at All Saints, and they gave a spirited performance of the anthem “O be joyful in the Lord!” also composed by Tim Attride, accompanied on the organ by Chris Hedges, the organist at St Thomas. The congregation sang the three hymns lustily and earned themselves a splendid buffet supper in Kearns Hall. 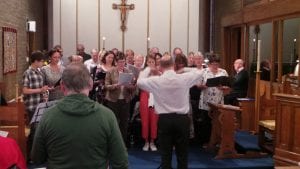 The Churchwardens, Loraine Bant and Mike Little, gave the congregation a litany of the outstanding contributions Graham and Jenny have made to the life of the Parish and Steve Mayes showed a video, on the large screens in St Thomas, which he had prepared with films and photos covering the whole of Graham’s incumbency,

During the supper in Kearns Hall, a special farewell gift was unveiled – a “magic-mirror” photo booth. Everybody present queued up to have their photo taken with Graham & Jenny and immediately received a printed copy of the photo. Graham & Jenny have received a “memory stick” containing all the photos which they will be able to take back to the antipodes with them.